I got a nice win this week I really wasn’t expecting. I always try to keep my client’s expectations low, realistic, but low. I find I 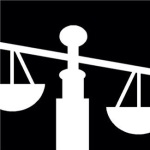 can meet or exceed their expectations that way and keep them happier.  In this business, you cannot over-promise just to get a case signed up and then never deliver what you promised. Well, I can’t. And this was a case that real low expectations were justified.

The Defendant and his construction company had previously been charged with very serious fraud in a licensing context and apparently agreed to a fine and forfeiture of a business license (I think maybe all business licenses for a real long time, like, forever). As usual, no one knew about this before doing business with him. Although it is public knowledge, it is not as if he has to wear a scarlet letter on his forehead. Now that I said that, I’m thinking maybe . . . naw, never never mind.

The guy was a classical narcissistic conman. Not the kind of conman that will build up your trust and confidence and then disappear with your life savings. The life savings you handed him yourself, voluntarily, a few minutes earlier believing he’d be right back with . . .whatever it was it sounded good at the time. Not the kind who can disorient you with charm and charisma and the next thing you know he borrowed your new car . . . a little while ago. Well, a while ago and is coming right back . . .of course he’s coming back .  . How long ago? Three weeks? Maybe fou

Those conmen I always have a touch of respect for as professionals. They are good at what they do. Some are so good they have it down to an art. But no. This guy we dealt with this week, he was the idiot kind of conman. Actually,calling him a “con man” is an insult to conmen everywhere.

The guy I’m talking about is the kind of conman that only fools himself forever. He believes his own BS. He cons some of the people for some of the time. But is caught and found out in the end. Nobody really believes him for very long because his greedy, true self shines through.

He can’t keep it hidden for long–the greed is too strong and stupid.  The greed-need won’t be ignored. Or avoided; or suppressed. For awhile. Never too long. The greedy-needy monster comes out and takes over and it is: All for me none for you. At any cost and without much subterfuge. No creative tricks, no sleight-of-hand or unbelievable story that just might be true because it is just too much to m

nd grab burglar with an old truck he rams store windows with so he can grab a couple twelve packs while being recorded by surveillance video. The problem is he always rips a few people off before he is figured out. He always gets to drinks five or six beers before the cops show up after seeing his license plate on the surveillance video.

Back to reality, my client sued him for unpaid wages and for a promise he made to split the profits from a commercial construction project with him.The wages were a no brainer and after enough time and relentless accusations–he gave up. He stopped lying. He told the truth and admitted it. But he didn’t stop lying for long. He had a plan. He’ll through another lie that’s kinda true on top of it.  I’m sure he thought that would fool the lawyers and the Court. It didn’t.

At his deposition, it all came back. The game. The con. the lies. But he was stuck. He had already told the truth. The gawd awful truth. So what can he say now?

Anyway, I think the Judge read the deposition transcript or at least the court’s clerk did because what follows is the Order I got. It was a painful depo to conduct. It must have been worse to read how much this guy didn’t know. At one point he claimed he was broke and minutes later claimed he could not remember why or what he did with a withdrawal out of the company bank account in the tens of thousands of dollars–that was only about a year earlier!

More to come on the memorandum supporting the Order . . . I’ll explain paragraph two next time. I am not sure I have ever gotten more than I asked a Court for before? At least in a favorable way. . .

1. Plaintiff’s motion for summary judgment as to his employment claim is GRANTED. Defendants are liable, jointly and severally, for Plaintiff’s unpaid wages in the amount of $12,950.00 plus a penalty of $5,250.00 under Minnesota Statute § 181.13.

3.Plaintiff is entitled to recover his costs, disbursements, witness fees, and attorney’s’ fees. Plaintiff’s counsel must submit information on his reasonable attorneys’ fees within 10 days of the date of this Order.

4.Defendants’ counterclaims for Tortious Interference and Breach of Fiduciary Duty are DISMISSED with prejudice.

5.The attached Memorandum is incorporated herein.

More to come . . . .(Including a real good reason to not mix business and pleasure)